Newton Ancarrow was a noted environmentalist whose work focused on the James River in the area of Richmond, Virginia. Photographing wildflowers was one of his many interests, and from 1968 to 1971 he documented more than 400 species of wildflowers along the banks of the James. He created a slideshow that he gave to garden clubs, women's groups, and other civic organizations. The presentation featured more than 300 photographs; all of them are included here, along with other documentation created by Ancarrow in the course of his work.

About Ancarrow
Born in Richmond, Virginia in 1920, Newton Ancarrow served in World War II and then worked at American Tobacco and Experiment Inc. testing rocket engines. His hobby was designing fast luxury boats. He bought a New Jersey-based boat-building business and relocated it to Richmond in 1957. In 1965 he built a boat ramp south of the James (at what is now known as Ancarrow's Landing) near Maury Street and opened it to the public.

Soon after the ramp opened, he began to notice that his boats and ramp were covered with an oily film, mostly composed of heating oil dumped into the waters upriver from his business. He contacted city officials, who told him nothing could be done. This oily mess and lack of official responsiveness angered Ancarrow, and he embarked on a clean-river mission that would last until 1979. He was especially upset over the city’s inadequate sewage treatment facilities, which during heavy rains caused raw sewage to be dumped directly into the river. The targets of his outrage and lawsuits included the city of Richmond, the Environmental Protection Agency, and the Army Corps of Engineers.

Ancarrow photographed dead fish and eels that would wash onto his boat ramp. He attended City Council meetings with large jars of filthy water and demanded that something be done to clean the river. Determined to document raw sewage outlets along the James, he began exploring the area around his business, his territory closely resembling the current James River Park System boundaries.

Ancarrow’s business location was hard-hit by Hurricane Camille in 1969, and again by Hurricane Agnes in 1972. The river at his boat ramp became heavily silted in and he could not get permission to dredge. His buildings were damaged by high water and wind. He ended business operations and devoted all of his time to flower photography and his clean water campaign. He began photographing flowers during his search for raw sewage outlets along the banks of the James.

The city condemned his land, insisting it was needed to expand the wastewater treatment plant, and paid him $130,000 for the land but would not compensate him for the value of his lost business. He sued and took this case to the U.S. Supreme Court. In 1979 the court rejected his suit. Worn out by the fight, Ancarrow retired to his home in Henrico County, and died there in 1991.

Ancarrow thought that his crusade for clean water had failed and that his energy had been wasted. However, he has been recognized for his work and his dogged persistence in a number of ways, during the fight and afterwards. In 1974, he was named Environmentalist of the Year by the Virginia Wildlife Federation, and in 2012, he was named a River Hero by the James River Association.

Wildflowers
While looking for illegal sewage dumping into the river, Ancarrow began to photograph wildflowers all along the area, eventually amassing a collection of roughly 35,000 slides. In his own words, he "attempted to locate, identify, photograph, and document the flowers and flower like plants on the Richmond James. The area studied consisted of the pre-annexation City boundries [sic] up and down the river (i.e. the ACL Tressel [sic] upstream and Deepwater Terminal downstream), the Kanawha Canal on the north bank, and the Southern Railway on the south bank" (Catalogue of Flowers).

In the late 1960s and early '70s, he became a popular conservation speaker, talking about river pollution as well as his wildflower images. In 1982, Ancarrow served on the Advisory Board to the Lewis Ginter Botanical Garden Board of Directors. After his death, Ancarrow's family donated his wildflower slide collection to the Ginter.

About the digital collection
"Flower Show No. 2" was one of the wildflower slide shows put together by Ancarrow featuring his photography. All 354 of the slides from that presentation are presented here, along with accompanying documentation and other material, including:

Ancarrow used his script to record himself on audiocassette giving his presentation. Using the audio, the script, the flower numbers, and the slides, we have been able to recreate the hour-long slideshow "Flower Show No. 2." There is also a special online exhibit which includes the full slideshow video.

For each individual wildflower shot, there is information giving the plant family, genus, and species. Much of that information has been augmented and corrected by staff from the Lewis Ginter Botanical Garden and from VCU's Rice Rivers Center, who also supplied information on whether the species identified are native to the region or introduced. Any additional information from the slides has been transcribed. Slide titles come from the slides themselves or the slide envelopes. Supplied titles are indicated by brackets.

Copyright
This material is protected by copyright, and the copyright is held by Lewis Ginter Botanical Garden, Inc. You are permitted to use this material in any way that is permitted by copyright. In addition, this material is licensed under a Creative Commons Attribution-Noncommercial-Share Alike 4.0 International license (CC BY-NC-SA 4.0). Acknowledgment of Virginia Commonwealth University Libraries as a source is required.

Additional research information
This collection is housed in the Library of the Lewis Ginter Botanical Garden. For more information about Ancarrow, see their Ancarrow Wildflower Digital Archive site. Please direct reference and research inquiries to library@vcu.edu. 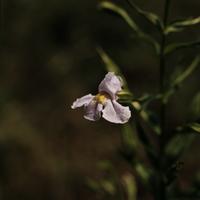 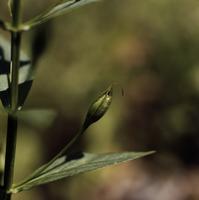 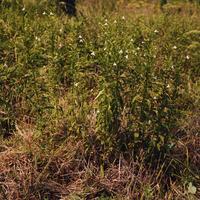 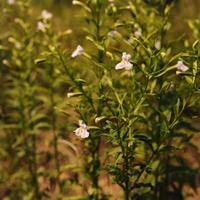 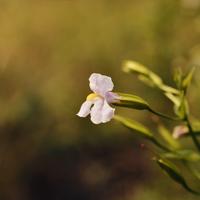 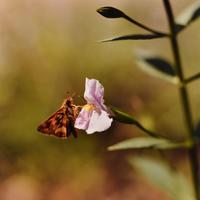 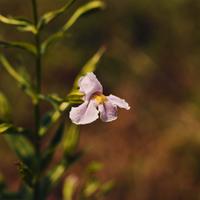 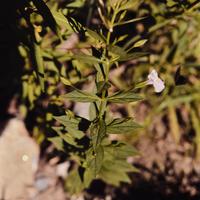 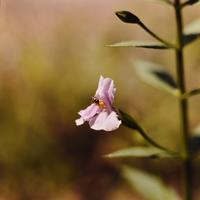 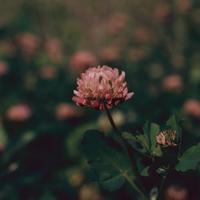 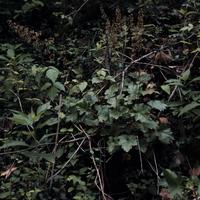