If downloading, please note:
File sizes are very large.
Google Earth or other mapping application needed to view geospatial data.
The Combined Baist Atlas and Street Index PDF may be particularly useful for researchers as it contains links from the street index directly to each corresponding map plate.

About the Baist Atlas
The Baist Atlas of the City of Richmond was published in 1889 and is a valuable resource for researchers and others interested in Richmond’s urban archeology, architectural history and historic preservation. The atlas consists of an index map and twenty large linen plates (18 ½ inches tall by 28 inches wide) mapping all areas of the city including parts of Henrico and Chesterfield counties and part of the City of Manchester, now Richmond’s South Side, which was then an independent city.

The map was published in 1889 by the Philadelphia firm of George William Baist (1859-1927). The company produced real estate and insurance maps of some twenty different American cities from the 1880s through 1967. For a few cities, including Philadelphia and Washington, D.C., they published multiple maps. The 1889 atlas of Richmond was their only published map of the city. The original atlas is housed in Special Collections and Archives at the James Branch Cabell Library.

Probably the most important aspect for early users of the map were the property lines that are detailed. The map gives the names of owners of hundreds of properties and buildings including the large tracts of undeveloped areas still held in private hands. This is especially true in the western area of the city known today as the Fan District and the city’s North Side. Richmond was divided into six political wards (Clay, Jackson, Jefferson, Madison, Marshall, and Monroe) and those areas are also indicated on the map.

Additional research information
Researchers might want to consult and compare changes to the city to the first atlas of this kind published 13 years earlier. That map, the Illustrated Atlas of the City of Richmond published in 1876 by Frederick W. Beers, another Philadelphia map maker, is available on the Library of Congress' American Memory site. VCU Libraries also provides digital access to the numerous Sanborn Maps of Virginia. These fire insurance maps are similar to the Baist and Beers atlases and date from the late 19th century to the mid-20th century. 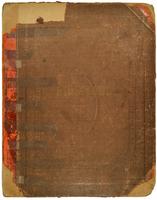 01_Atlas of Richmond, Virginia, and vicinity 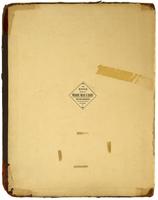 03_Atlas of the city of Richmond Virginia. and vicinity; from actual surveys, official records & private plans