About this collection
The Fan Free Funnies were an illustrative example of the growing influence of "underground comix" on young comic artists in the early 1970s. Underground comix first appeared on the United States' West Coast in the mid to late 1960s and were small press or self-published works whose themes were tied closely with the counterculture concerns and ideology of the time. Beginning in the 1970s, a number of Fan District residents and VCU fine arts students began creating comic art inspired by the popular underground comix scene. In the spring of 1973, VCU's student newspaper The Commonwealth Times took advantage of this phenomenon and produced three issues of an all-comics black-and-white tabloid called Fan Free Funnies. All three issues are presented here in their entirety, digitized in 2008 from the print copies held by James Branch Cabell Library Special Collections and Archives.

Some of the artists featured in Fan Free Funnies went on to achieve success in the field of comic and animated arts, including Phil Trumbo, who won an Emmy Award for his animation direction for the lead-in segment on Pee Wee's Playhouse. VCU alumni Charles Vess and Bill Nelson were also featured artists in Fan Free Funnies and have won several awards for their comic art illustrations.

Vess graduated with a Bachelor of Fine Arts degree in 1974, and worked for a brief time in Richmond, Virginia, before moving to New York City in 1976. While there he became a freelance illustrator and worked for many comic publications, including Heavy Metal and National Lampoon. His award-winning work has appeared on the pages of numerous comic books for publishers such as Marvel, DC, Dark Horse, and Epic. In 1991 Vess shared the prestigious World Fantasy Award for Best Short Story with Neil Gaiman for their collaboration on Sandman #19 -- the first and only comic book that has held this honor. He later collaborated again with Gaiman, creating 175 paintings for Stardust. For that work Vess won "Best Artist" at the 1999 World Fantasy Awards. 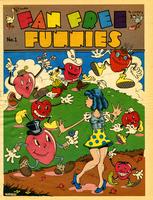 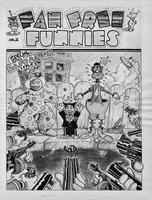 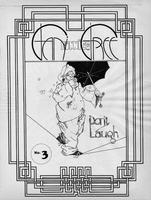