About this collection
Student-run newspapers at Virginia Commonwealth University have existed for over 80 years. While many are familiar with the Commonwealth Times, which began publishing in the fall of 1969, it was preceded on the Monroe Park Campus by two earlier student newspapers.

The Atlas was the first published student newspaper on the Monroe Park campus. It ran from 1929 until 1939, when the school was known as the Richmond School of Social Work and Public Health, a Division of the College of William and Mary. In 1939, the school continued its affiliation with the College of William and Mary but it became known as the Richmond Professional Institute (RPI). That same year the Atlas received a new name, the Proscript. It published under that title for 30 years. Soon after VCU was formed in 1968 from the merger of RPI and MCV, the Proscript became the Commonwealth Times. On the Medical College of Virginia campus the student newspaper was the Skull and Bones which ran from the 1930s until the 1950s.

During 2009-2013, bound issues of both of these early newspapers were digitized and indexed. This digital collection is comprised of 75 issues of the Atlas and 662 issues of the Proscript. Original issues are housed in James Branch Cabell Library Special Collections and Archives. The Commonwealth Times is already available as a VCU Libraries Digital Collection.

Two RPI alum who served as staff members to the Proscript are worth noting. Humorous editorial cartoons in the Proscript in the early 1950s were provided by Carl “Chick” E. Larsen (1923-1991), a 1954 graduate of RPI. Larsen would go on to become an editorial cartoonist for the Richmond Times-Dispatch from 1968 to 1977. Tom Robbins (1936-), author of eight novels including Even Cowgirls Get the Blues, served as editor of the Proscript during the Fall semester of the 1958-1959 school year. He also wrote a column called “Robbins' Nest” which ran four times in 1958. The following Spring 1959 semester he wrote a column called “Walks on the Wild Side” which ran twelve times. These columns contained early elements of Robbins’ irreverent writing style.

Access to the Atlas and the Proscript provides interested researchers with nearly 40 years of the early history of the school. Hundreds of news and feature articles and other facets of the newspapers, along with thousands of images, illustrate the history of the school. The dramatic growth of the college is documented, as are school events, sports, campus life, and other aspects of VCU’s past.

Copyright
This material is protected by copyright, and the copyright is held by VCU. You are permitted to use this material in any way that is permitted by copyright. In addition, this material is licensed under a Creative Commons Attribution-Noncommercial-Share Alike 4.0 International license (CC BY-NC-SA 4.0) (https://creativecommons.org/licenses/by-nc-sa/4.0/). Acknowledgment of Virginia Commonwealth University Libraries as a source is required. 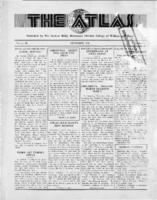 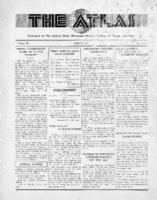 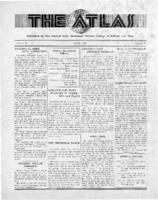 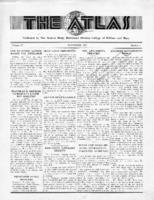 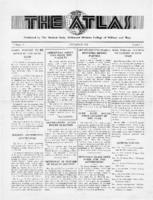 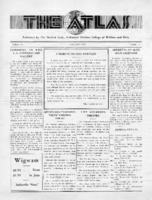 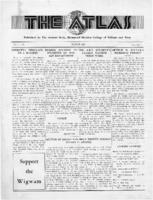