About this collection
VCU and its predecessors have benefitted from the various administrative newsletters and newspapers published throughout the second half of the twentieth century. These valuable resources are now fully searchable and available in digital form as part of VCU News Publications.

In the years following World War II, the administration of the Medical College of Virginia (MCV) sought to enhance communication among its growing faculty and staff through the publication of a monthly newsletter. The publication first appeared in February of 1948 under the masthead “Name Me, Please!” Ann Blanton, secretary in the St. Philip Hospital administrator’s office, won the naming contest with her suggestion of The Medicovan. For the next 25 years Medicovan carried announcements, administrative messages, personnel updates, and news from the hospitals, departments, schools and other units at MCV. Following the creation of Virginia Commonwealth University in 1968, the Medicovan broadened its scope to include news of people and events on the Academic Campus of VCU. With the appearance of the new University newsletter, VCU Today in May of 1972, the Medicovan was phased out.

In 1976 the university launched a new publication, Research In Action, “devoted to describing the scholarly and creative activities” of VCU. The publication was the collaboration of the University Research Development Council, the Office of Research and Graduate Affairs, and University Publications.

VCU Today, the University’s first official administrative organ, began as a somewhat irregular monthly publication but moved to a bi-weekly newspaper format in the 1980s. The newspaper changed its name to VCU Voice in 1988 and ten years later it appeared under the title UniverCity News. As it neared the end of its run as a physical newspaper, the publication became simply VCU News. These four publications were essentially the same periodical published under different titles by the Office of University Relations. VCU News appeared online for the first time in 2002. Today, the much expanded VCU News website keeps the University community abreast of the people, places, and events making news at VCU.

The VCU News Publications contain a wealth of information on the University’s past. In addition to news stories, feature articles, and event calendars, there are hundreds of images of campus life and of former students, staff, faculty, and administrators. What might be most significant is the wide range of University reports that were frequently published. Departments and schools also submitted articles and other news items that they thought would be of interest to the University community. Letters to the editor, editorials, and formal messages from deans and presidents are some of the other examples of the content found in the newsletters and newspapers that make up this digitized collection. Items in this collection were digitized between 2011-2016. 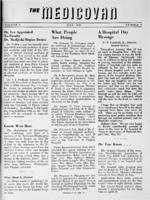 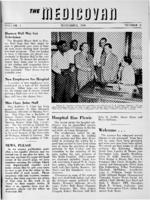 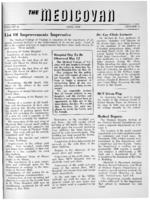