About this collection
This collection presents digitized yearbooks published by Virginia Commonwealth University (VCU) from both the Monroe Park Campus and the MCV Campus and from its predecessors Richmond Professional Institute (RPI) and the Medical College of Virginia (MCV).

Funded by the VCU Libraries, this project was made possible in part through the LYRASIS Mass Digitization Collaborative, a Sloan Foundation grant-subsidized program that has made digitization easy and affordable for libraries and cultural institutions across the country.

Items in this collection were digitized in 2010. These yearbooks are also available at the Internet Archive. 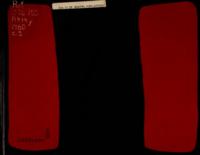