About this collection
Voices of Freedom was produced by the Virginia Civil Rights Movement Video Initiative, a non-profit organization incorporated in 2002 to produce videotaped oral histories of leaders of the Civil Rights movement in Virginia. While much has been written about the dramatic events which occurred in the deep South, the story of the Civil Rights movement in Virginia has largely gone untold. Voices of Freedom focuses on statewide activities from the 1950s through the early 1970s and includes stories about the "Jim Crow" segregation laws that prevailed up until the mid-1960s; stories about the struggles to change the laws and to change public attitudes; and advice from these civil rights veterans to future generations of Virginians/Americans.

Researchers can access from this collection eleven videotaped interviews (edited down to about 25 minutes) of leaders and activists in Virginia's Civil Rights movement. The complete transcripts of these full interviews are also available here. DVDs of the edited interviews are housed at James Branch Cabell Library Special Collections and Archives.

Voices of Freedom is meant to educate people about our common history, to stimulate discussion on why and how this great social movement happened, to stimulate further research into the Virginia civil rights movement and further contact with its living leaders, to further consideration of the impact of the civil rights movement on our current 21st century society, and to inspire future generations to involve themselves in civic affairs and act with conscience and courage.

These interviews are about family and community strength, human aspirations, personal history and public history, social conflict, altered public attitudes and altered public policy, the workings of our democracy and the most fundamental aspects of human relations. They deal with the most important changes made in the United States during the 20th century. These are personal - often passionate - testimonials from people with firsthand experience in making history at the grassroots level. Several interviewees talking about separate water fountains and bathrooms, not being able to eat at lunch counters or try on clothes in department stores, being segregated residentially, getting 'hand me down' books and equipment in the black schools, not being able to use public libraries or public parks or even public cemeteries; several persons remembering Virginia's varied civil rights pioneers and several interviewees giving contemporary advice to young people and others who will view the video interviews.
--Ben Ragsdale, Coordinator, Virginia Civil Rights Movement Video Initiative, February, 2003.

Interviewees
Raymond H. Boone, founder, editor and publisher of the Richmond Free Press discusses: the role of education in his life; growing up in Suffolk, Virginia; John Mitchell and the Richmond Planet; the Richmond Afro American; the Frederick Douglass Fellowships (designed to recruit and train black journalists); the role of the black press; Massive Resistance; Housing Opportunities Made Equal (HOME); and Virginia Governor Mills Godwin.

Elizabeth Cooper and Jane Cooper Johnson. -- Elizabeth Cooper was the plaintiff in the Federal lawsuit desegregating Richmond City Public Schools. She and her daughter, Jane Cooper (Johnson), discuss their role in desegregating Richmond's schools; their lawyer, Oliver W. Hill, Sr.; and the types of obstacles and harassment Jane faced by fellow students when she was the first African American to integrate Richmond's Westhampton Junior High School (under a U.S. Desegregation Court Order) and the first African American to integrate Thomas Jefferson High.

Oliver W. Hill, Sr., Virginia's leading Civil Rights attorney in the 20th century, represented the students in Prince Edward County in the Brown vs. Board of Education desegregation case. Hill began practicing law in 1934, focusing on litigating Civil Right cases. He received national attention in 1948 when he was the first African American since Reconstruction elected to the Richmond City Council. At the age of 91 he retired from his Richmond law firm, Hill, Tucker and Marsh, after practicing law for nearly 60 years. In 1999, President Bill Clinton presented Hill with the Presidential Medal of Freedom.

Henry L. Marsh, III, civil rights attorney, state senator, first African American Mayor of Richmond. Marsh discusses what it meant to confront Richmond's white power structure and become the first African American mayor of the city. Other topics include: growing up in Smithfield, Virginia and in Richmond; his first meeting and then working with Oliver W. Hill, Sr.; his work with the NAACP Youth Council; Virginia Union University; the role of Massive Resistance in creating Civil Rights leaders in Virginia; Rev. Curtis Harris; and various race discrimination cases in employment (including Philip Morris) and education.

Dr. Milton Reid, retired minister, civil rights leader, current Chairman of the Board of the Virginia Unit of the SCLC. The topics Dr. Reid discusses include: Growing up in Chesapeake, Virginia; the role of the SCLC in Virginia; Danville, Virginia; Prince Edward County; the use of "Prayer Pilgrimages" as protest; and sit-ins.

Dr. W. Ferguson Reid, surgeon, first African American elected to the Virginia General Assembly since Reconstruction. Discussion includes: racial segregation in Richmond and Virginia; the Richmond Crusade for Voters; the Democratic Party and the Byrd Machine; the Poll Tax; John Mitchell and The Planet; the NAACP; the Medical College of Virginia; and racism in the medical community.

Dr. Laverne Byrd Smith, educator and civil rights activist. She recounts her experiences in segregated Richmond, including its segregated streetcars. She also discusses writing for the Richmond Afro-American; the activities of the Virginia Council on Human Relations; and interviewing Martin Luther King, Jr.

John A. Stokes, of Lanham, Maryland, educator, retired principal, Baltimore City Public Schools, one of the leaders of the student strike at the R.R. Moton High School in Prince Edward County, Virginia in 1951. Stokes provides a "behind the scenes" report on the famous Barbara Johns-led student walkout and its aftermath. Mr. Stokes also discusses the conditions of the schools in Prince Edward County; the role of parents and clergy in the strike; the early involvement of the NAACP in Prince Edward County; and rural life in segregated Virginia. 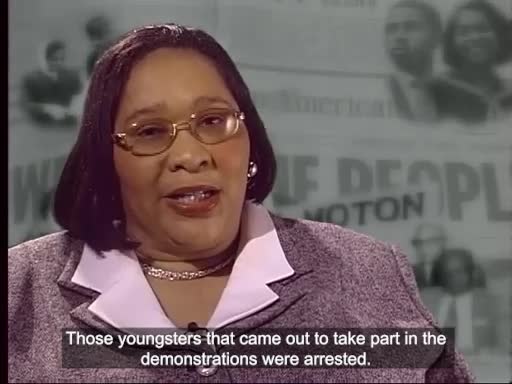 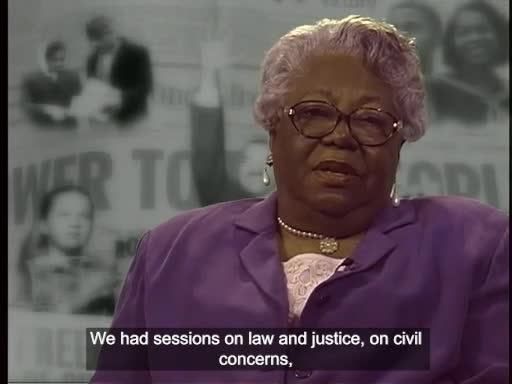 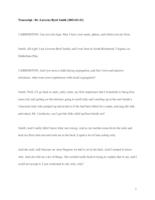 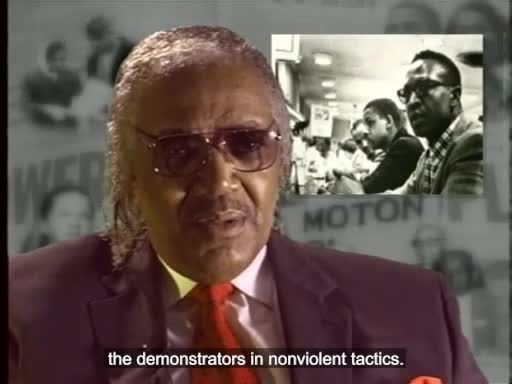 Interview with Dr. Milton A. Reid 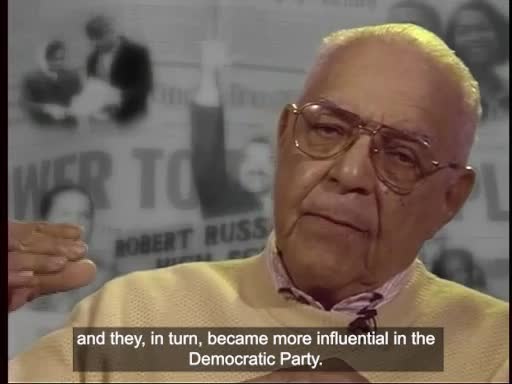 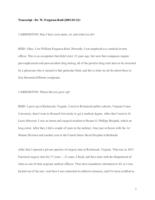 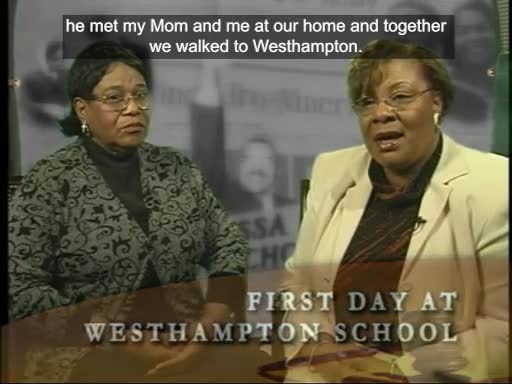 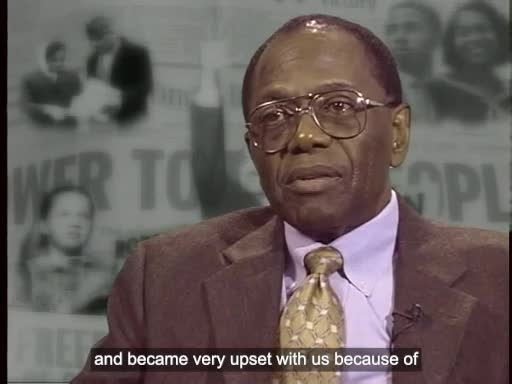 Interview with John A. Stokes 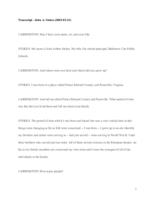 Interview with John A. Stokes (Transcript) 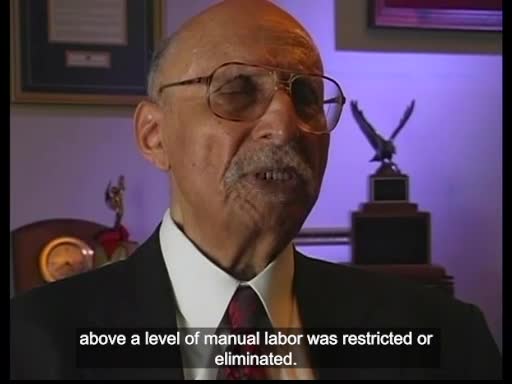 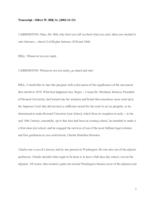 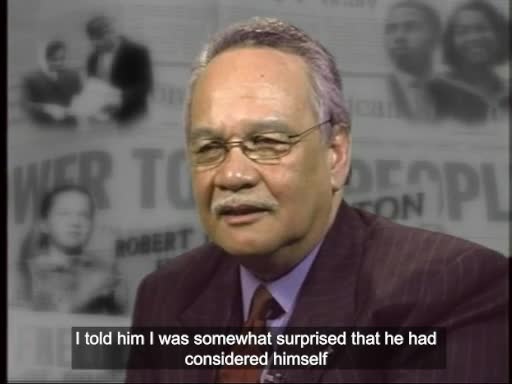